The Intruder Elements and Impurities of Iron Ore

Amoot Iranian Trading Company as one of the grand iron ore suppliers has set a goal to provide the highest quality and purest iron ore for sale. To gain this aim, impurities and intruder elements of iron ore should be decreased. We have employed experienced and professional experts to apply various experiments and tests on iron ore and investigate novel and modern methods for neutralizing and declining its impurities to the minimum to satisfy the iron ore buyers. The most important intruder elements of iron ore are silica, phosphorous, aluminum, and sulfur. You can read a full description of them and the methods that are applied at Amoot Iranian Trading Company for removing them below:

Silica is mostly available in iron ore. Most of the silica exists from the process of iron ore production at the melting stage. When the temperature is more than 1300 centigrade, some of it decreases and forms an alloy with iron. The hotter melting furnace is, the more silica is available in an iron. On 16~18 centuries, the presence of 1.5% silica in iron was not unusual in Europe.

The main effect of silica is promoting the formation of gray iron. Gray iron is less fragile and also it can be changed to final product easier in comparison to white iron. Therefore it is more preferred in mold making and sculpture. Mr. Terner has reported that silica reduces shrinkage and formation of pores in inappropriate castings.

Phosphorus has 4 main effects on iron.

According to the intended application of iron, these effects can be considered good or bad. Mostly iron ore has a high amount of phosphorous. Resistance and hardness of iron usually increase as phosphorous increases. Presence of 0.05% phosphorous in iron which has less than 3% of carbon and is very hard & malleable makes it as hard as carbon steel. Iron with a high amount of phosphorous can become hard by cold hammering. Effect of hardness is true for phosphorous in any density. As the number of phosphorous increases, the iron becomes harder and even can increase its hardness by more hammering.  Modern steelmakers can improve the steel hardness to 30% without any danger in its resistance against shocks and by keeping the phosphorous level in 0.07~0.12 %. Even they can make the depth of it harder but simultaneously the solubility of carbon in iron in high temperatures will decrease. This will cause unpopularity in the production of stainless steel in which the speed and amount of carbon absorption are so important.

Additional phosphorous has a subtractive process. In more than 2% phosphorous concentrate, iron gets cold instantly or becomes fragile in low temperatures. Fast cooling is so important, especially in wired iron. Though working on wired iron is in high temperature, it is necessary to use it in hard, resistant against shocks and capable of buckling manner.  A nail which can be broken by the strike of a hammer or a wheel of a carriage that breaks by bopping to a stone is not sold well. Concentrates which have a high amount of phosphorous are presented as unusable iron ore. Effects of fast cooling improve by the temperature. So an iron piece which is completely applicable in summer may be very fragile in winter. Some evidence from Medieval demonstrates that rich people had swords with high phosphorous for summer and with low phosphorous for winters!

Controlling the exact amount of phosphorous in the casting process can have many advantages. Phosphorous reduces the temperature of the liquid in a way that iron remains melt for a long time and improves its fluidity. Just 1% more phosphorous can makes the fluidity of melted iron, two times more. The highest effect appears in a roughly 500 centigrade temperature concentrate of 10.2%. Mr. Tenter found out that an ideal iron ore for the casting job should have 0.02~0.55% phosphorous. Therefore the mold which is filled with this kind of iron has fewer cavities and shrinkage. Some of the decorative statue makers on 19 century applied iron with 5% phosphorous. The high fluidity helped them to create very complicated and delicate statues but they could not tolerate weight because they were not strong enough.

There is two alternative for iron with a high amount of phosphorous. The old way is to simply avoid it! Iron ore suppliers should avoid this kind of iron. The second way which is also applied at Amoot Iranian Trading Company is to add iron oxide in ground level and makes the phosphorous oxidized. This method was used by making the iron ore muddy on 19 century and it was probably unknown before that. For example, Mr. Isac Zin (owner of Malberow Iron Company) was completely unaware of this issue in 1772 though he was famous for applying the latest technology. This technique was also unknown for iron makers of Virginia and Pennsylvania.

Phosphorous is a harmful element which makes the iron fragile. Even phosphorous, in a concentrate with only 0.6% of phosphorous cannot be separated by dissolving or melting. Hence it is advised to use iron ore with a low level of phosphorous.

There is a low amount of aluminum in iron ore and limestone. Previously it was separated by washing the iron ore before melting. Till the introduction of furnace that was covered by bricks, the amount of aluminum was so low that has no effect on iron. However, as bricks were used in internal walls and floors of high furnaces, pollution to aluminum increases a lot. It is made because of erosion of furnaces’ coverage by the melted iron.

Decreasing aluminum is very difficult but it is not considered a problem if iron is polluted by aluminum. Anyway, it makes the iron sticky. Dense iron decreased the descent and makes the process longer. Also a high level of aluminum makes a problem for unloading the liquid and even can make the furnace solid in severe situations.

There are some solutions to this issue. The first way is to simply avoid it! The second method is to add Calcareous lubricants to it which is done at our iron ore company.

Sulfur is a repetitive pollutant in coal. Also, it is available in low amount in some stones but can be separated by making lime. Sulfur can easily be dissolved in solid or liquid iron with the furnace temperature. Even low amount of sulfur has serious and significant influences so it was paid attention by first iron ore manufacturers. Sulfur causes the iron to be red and also makes the heating process short.

Iron with low heating process becomes fragile in presence of heat. It was a serious problem for most of the irons that were used in beams or other iron products on 17 and 18 centuries. The used iron is formed by repeated blowing air or hammering when it is hot. An iron piece which is made in the process of short heating will crack by hammering. Whenever iron or steel cracks, the surface becomes oxidized in presence of air very fast.  The oxidized layer prevents welding to repair the cracks. Also, huge cracks make the steel or iron broken. Today it is prevented to apply iron which consists of more than 0.03% sulfur.

Iron with a low amount of heating can be applied but we should work on it in low temperatures and it requires more efforts by the experts because iron needs more hammering in this situation. So it needs more time and endeavors.

In the casting process of cast iron, sulfur increases the formation of white iron. It can neutralize the effects of low temperature and high silicone a little (0.5%). White cast iron is more fragile and harder. Usually, it is not applied as it’s difficult to work on it except in China where cast iron with a high amount of sulfur (0.57%) is used.  According to Mr. Terner, the sulfur of iron for casting should be less than 0.15%.  Cast iron with high sulfur can be used in making statues but they become very fragile.

There are some alternatives to this issue. The first one is again preventing it! Coal was not used as fuel in Europe (unlike China) because it has sulfur and makes the iron heating short. Applying raw coal was started from 1829 by introducing thermal furnaces.

Sulfur can be separated from the iron ore by using water and fire. Fire makes the sulfur oxidized and created sulfur dioxide which can get out by washing or evaporating in the air. The combination of rain, bacteria, and heat makes the sulfate changes to sulfite in the effect of oxidation and it is soluble in water. However, historically iron sulfite was a normal mineral element but it was not used to produce iron. Also erosion stones in presence of air were used in Sweden. This process happened for limonite gusan mineral over time.

The increasing price of stones with a low amount of sulfur in Sweden, Russia, and Spain from 16 to 18 centuries demonstrates the significance of low sulfur in iron. Presence of sulfur is not a problem today and its modern cure is to add manganese to it. Our experts at Amoot Iranian Trading Company try to calculate the exact amount of sulfur in the stone and add manganese at least five times more to neutralize it. Some irons show an amount of manganese but it is very less than the required amount for the neutralization process. 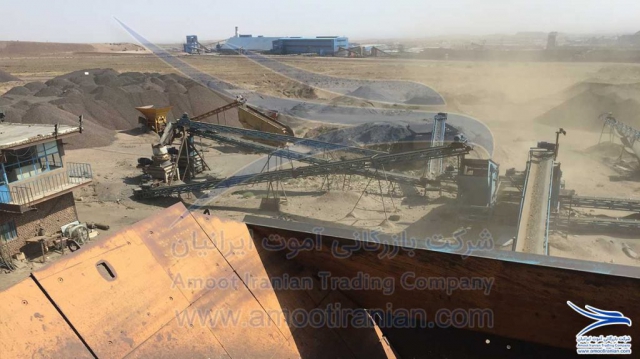 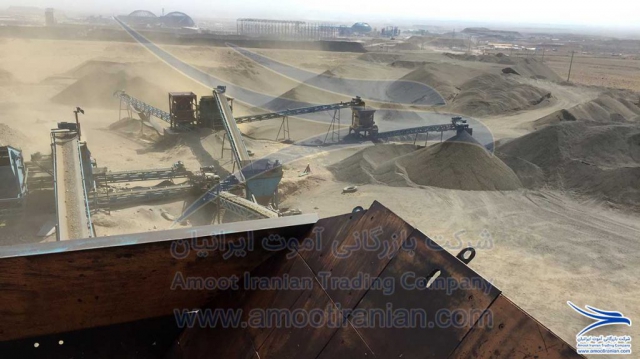 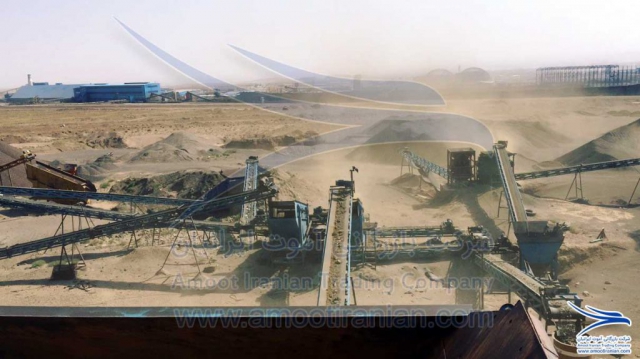 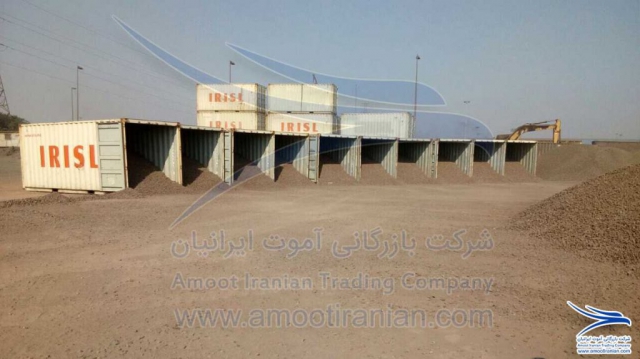 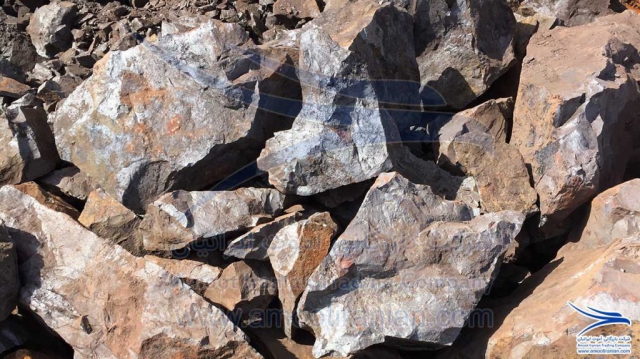 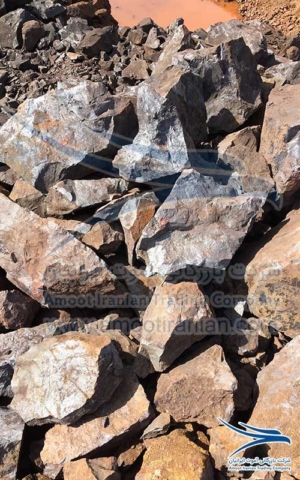 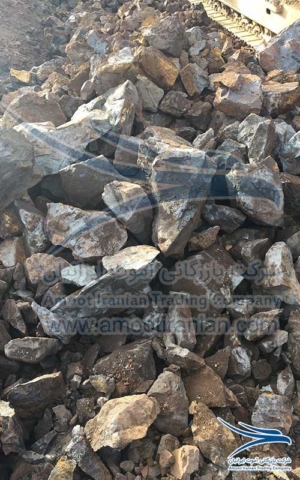 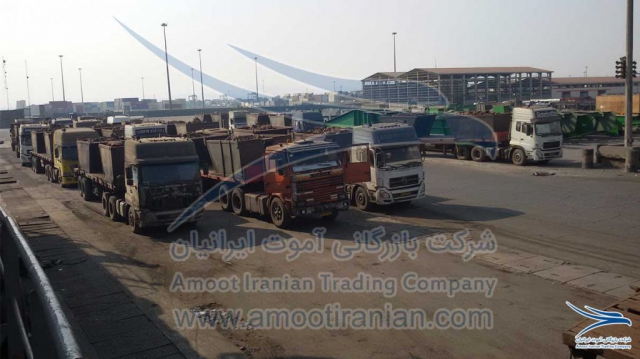 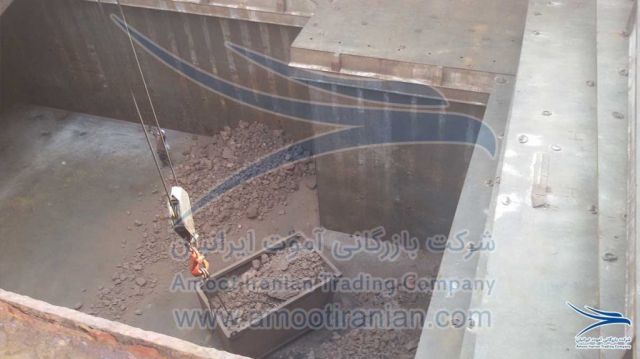 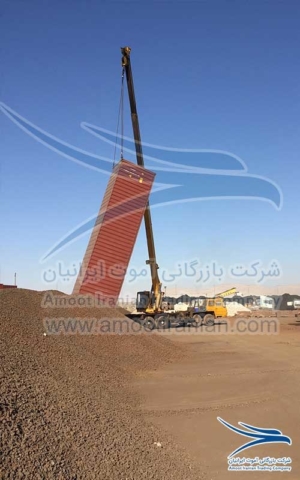 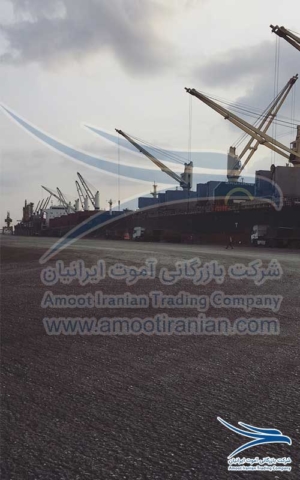 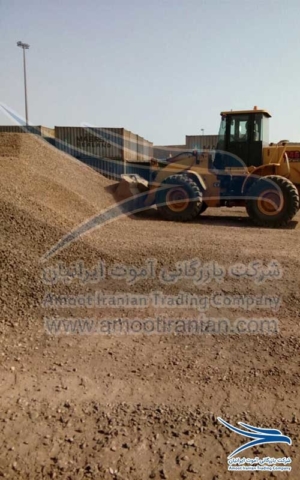 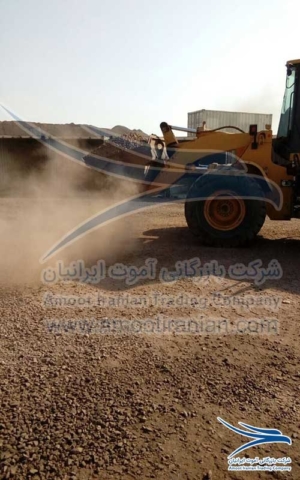 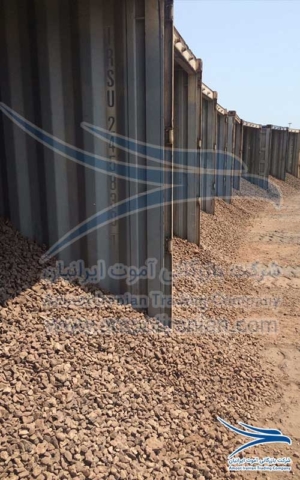 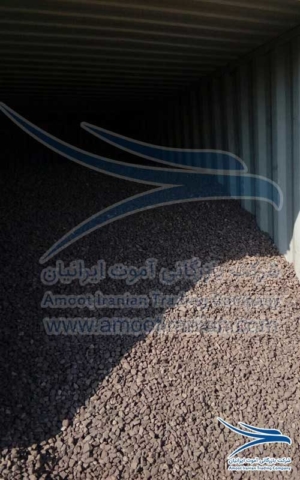 × Call Us on WhatsApp